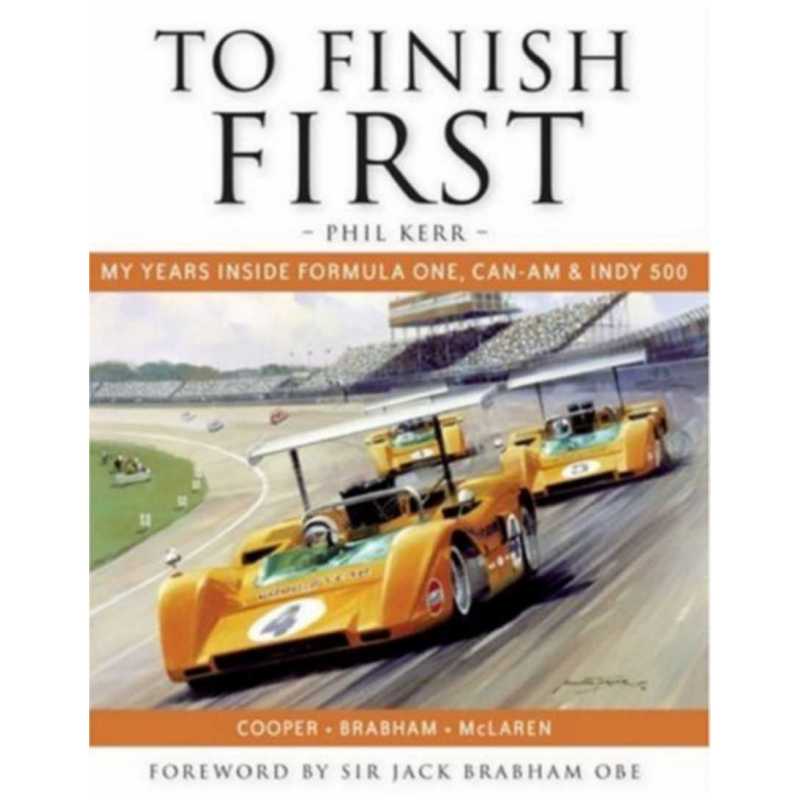 This book fills an important gap in the history of top-level motor racing during the historic era of the 1960s and 70s. The author was at the center of it all, first as Sir Jack Brabham's right-hand man during his leadership of the Cooper team, and later when he formed his own Brabham Racing Organization.

Subsequently, when Phil Kerr joined his great friend Bruce McLaren, to become joint managing director of an ever expanding company, which was to achieve unrivalled success in Can-Am racing as well as being at the forefront of Formula One, he and his colleagues had to cope with the tragedy of the founder's untimely death while testing a Can-Am car at Goodwood.

The author's description of how the shattered team was saved and ultimately restored by the bravery of Bruce's co-driver Denny Hulme, already sidelined by agonizing burns to his hands, is a poignant highlight of his story. Includes a balanced mix of racing and off-duty pictures, many being seen for the first time and 15 reproductions of paintings by the renowned artist Michael Turner.