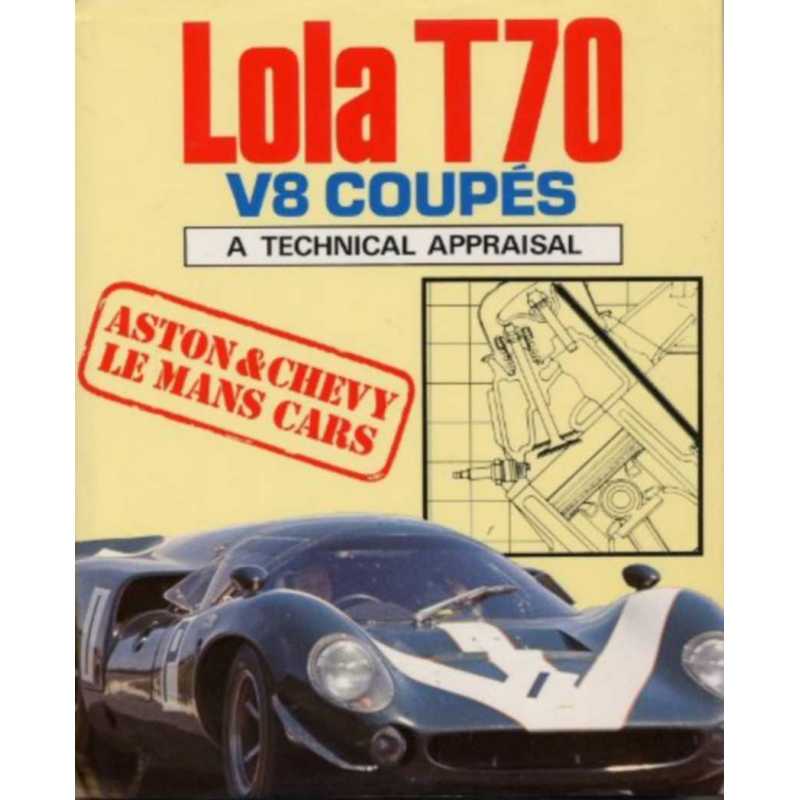 In 1967 the Lola T70 had a baptism of fire, unleashing its five hundred horses onto the dauntingly fast sweeps of the Spa Francorchamps road circuit. It was a dream to drive, even the awesome flat out Masta kink no terror trip.

Two years later the equally potent Porsche 917 had its initiation at Francorchamps and was a nightmare. By 1969 Sports-Prototypes were limited to 5.0 litres and the pushrod Chevrolet in the Lola was then at a major disadvantage against the 12 cylinder race engine designed specifically for the challenging new Porsche. In spite of that, at Francorchamps and through the high speed curves of the Osterreichring the T70 could hold its own.

It was not until after the Osterreichring race that Porsche discovered the way of successful Sports-Prototype chassis design. Which was to copy the aerodynamics of the Lola T70. The T70 was a superb chassis lacking a competitive engine.

The unsophisticated Chevrolet V8 played an important role in American motorsport but did not thrive on a European regime of low octane fuel and long distance hauls. In 1967 Aston Martin offered a promising overhead cam V8 alternative which Lola eagerly exploited. Alas, it was rotten at the core, needing a substantial redesign.

The experience helped Aston Martin produce a fine road engine but did nothing for the reputation of Lola’s new baby. Nevertheless, the T70 is remembered as a classic among Sports-Prototypes, largely for widespread success in the shorter, non-championship events with which the Chevrolet engine could cope.

In technical terms, it was a very important motor car, contributing a great deal to the development of the fully enclosed mid engine coupe at a time of significant change in both tyre technology and aerodynamic practice.

Compiled with the assistance of key engineers by a knowledgeable writer, this book puts a highly significant car under the microscope and fully into context