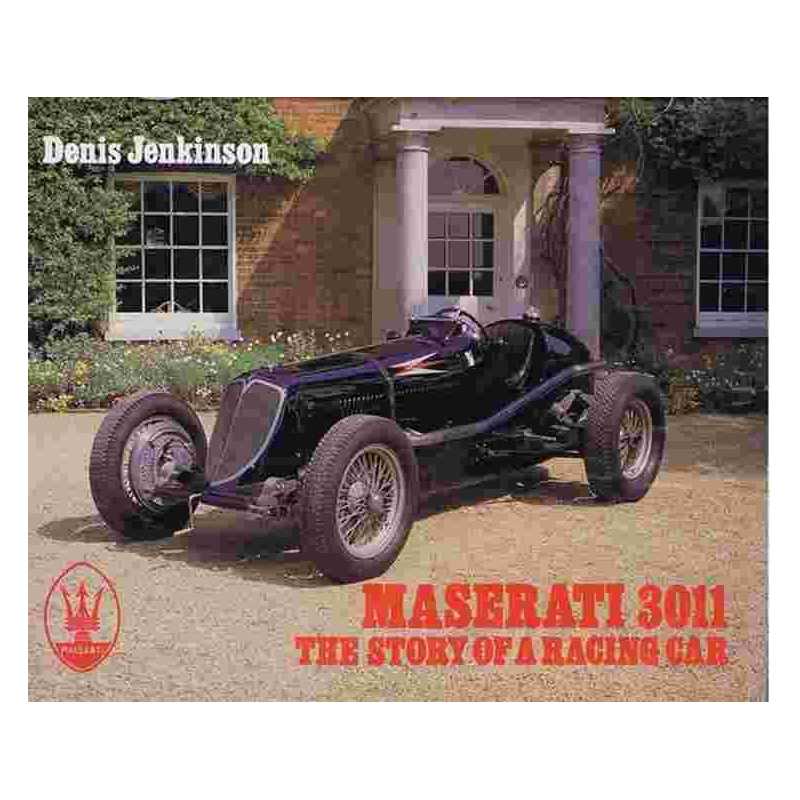 Maserati 3011 the story of a racing car / Denis JENKINSON / Aries

This is the full life-history ofjust one racing I car, the famous 3-litre Maserati 8CM 3011. A great many of those who watched or follow pre-war racing will remember it as the Whitney Straight/ChulaiBira car. In fact, Harry Rose raced it between Straight and Chula, and it has had six more owners since then.

The current owner, David Heimann, persuaded Jenks to set down all that is known about this very successful (one might well say "loveable") car while he was having it painstakingly restored for Historic racing. So we have a book in the authoritative and accurate DSJ style, exuding enthusiasm and covering the long history of a car which survived crashes and increasing age to net up a most remarkable run of successes.

A landscape format undoubtedly suits a book which has inn umerable evocative photographs, including colour, to embellish the text. DSJ has dug up some very interesting "new" studies of this long-lived Maserati — there is even a 1938 colour print from the camera of Louis Klemantaski.

The publishers are to be congratulated on the very fine production of the book, which stands as a monument to a car we look forward to seeing in many more races,

The many fine pictures are in sequence and so properly support the text; when one reads of how the Maseran out-accelerated all the opposition at the start of the 1934 Grand Prix du Comminges, there is a picture to endorse it.

Details of the meticulous rebuild now in progress are included, perhaps causing DSJ a faint pause over "originality"! Appendices deal with specification, competition results (1934-1986) and statistics (who has owned and driven this car, where, and who kept it working), ending with a bibliography and index — and there are colour end-papers.. What more can I say, except that here is a great tribute to a great car?