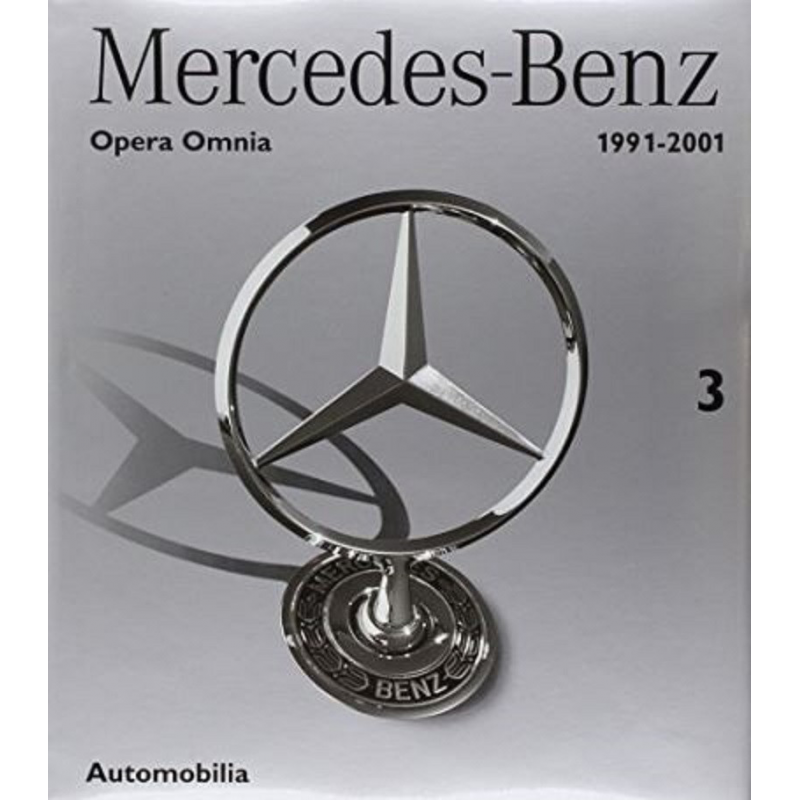 This volume contains the history of Mercedes-Benz over the past decade (1991-2001) and completes the series including two other volumes covering the period 1886-1990 that were published in 1986 and 1990.

Together these constitute what can really and truly be called an "opera omnia", a monument to a brand that can be considered the major protagonist in the history of the motorcar In fact in terms of soundness, rigour sophistication and excellence of design, the three-point star models are almost certainly those most aspired to and sought-after: the owner of a Mercedes feels the achievement of that sense of prosperity safety and image that only two other brands of top-class sports car - respectively located in Maranello and Stuttgart-Zuffenhausen - can provide.

This third volume has been published to mark the centenary of the name "Mercedes-. The consul of the Austro-Hungarian empire in Nice, Emil Jellinek, was also an importer of the solid cars made in Stuttgart. When the extraordinary 35 PS and 12/16 PS were launched in 1900-1901 he asked that the name Mercedes - the name of his daughter - be included on the bonnet.